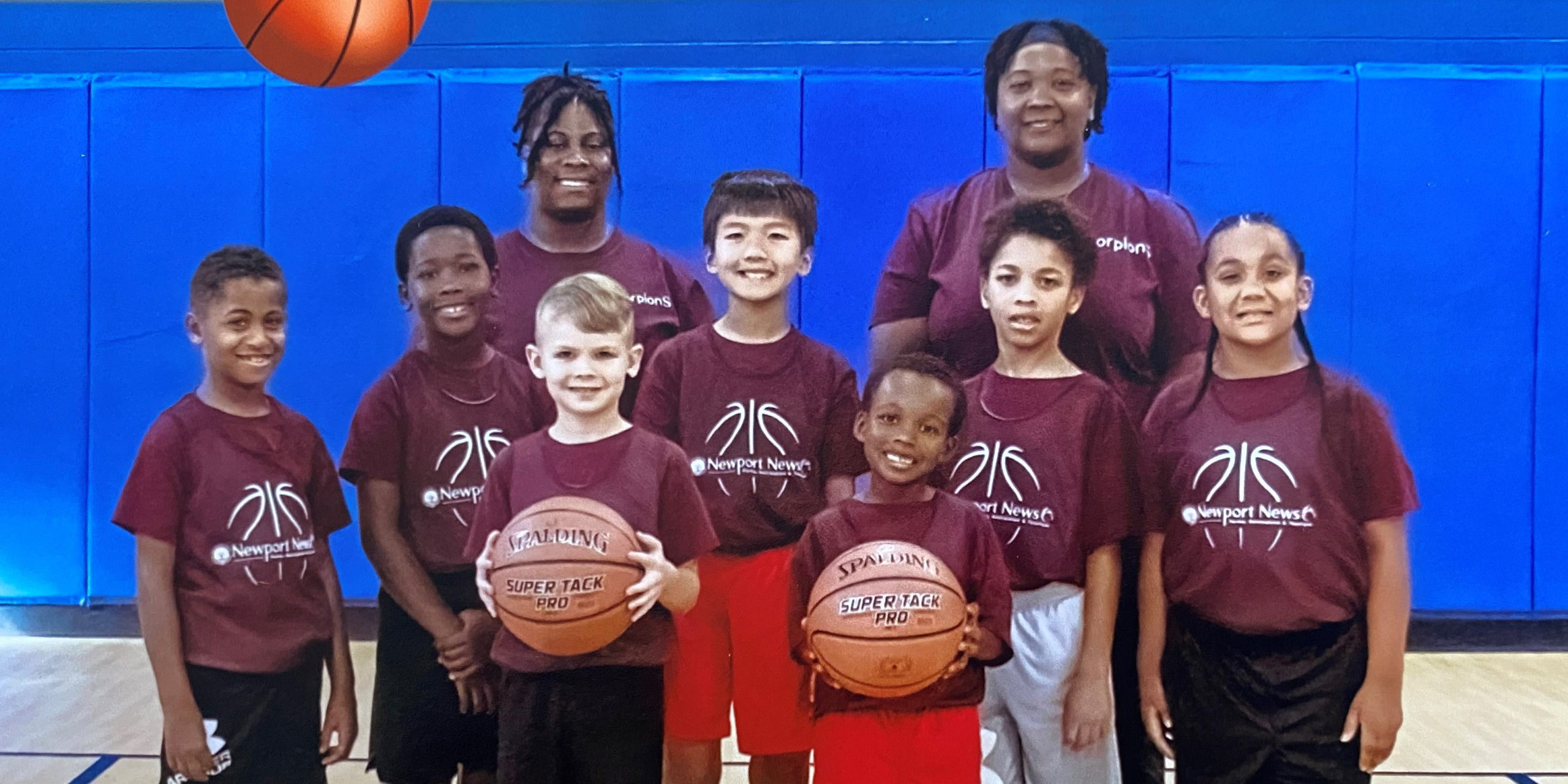 NeOndra Kelly, top left, and Jamica Jones, top right – both basketball players at The Apprentice School – pose with the youth basketball team they coached during the summer.

“I’m expecting us to just go hard on the floor together,” Kelly said. “Of course, we won’t be able to do that without chemistry. If we don’t all have the same goal, we won’t get anywhere. Unity, hard work, dedication and commitment are important.”

While they’re looking forward to a successful season with the Lady Builders, Kelly and Jones also wanted to give back to the community. That’s why they spent two months last summer – along with fellow Apprentice School basketball players Nyla Jackson (X31) and Kerrigan Small (X36) – coaching a team of 7- and 8-year-olds through Newport News Parks, Recreation and Tourism.

Both Kelly and Jones said the experience was fun, but there was a bit of a learning curve since the team was made up of soccer players.

“We had to teach them it’s OK to use your hands in this sport because they were so used to kicking the ball,” Jones said. “The kids teach you to open your heart and fall in love with the game again because you’re teaching from the fundamentals. They challenge you, and they make it fun again. Even though we were getting off work and were exhausted, it was just so awesome to go out and coach and have them look up to us as role models. A lot of people poured into me, and I feel like I’m only doing my due diligence to pour into someone else.”

Although they aren’t coaching now as their basketball season ramps up, Kelly and Jones still support the children from their team. “Even after practices now, we’ll still go out and watch them play games because we told them we would. Your word is everything, and they remember,” Jones said.

Parents from the team also asked about the Lady Builders’ schedule and plan to come to some games. “It’s great to be able to go out and meet these new people and bring them back to The Apprentice School to come out and support us,” Kelly said.

The Lady Builders first home game is Dec. 10. Jones said she hopes shipbuilders will fill the bleachers to support the team.

“We would love to have our shipyard family come out to support us and be just as loud as what we have to hear when we travel to other schools,” she said.